“I like to make people enjoy my food. I like it when the waiters bring empty plates to the kitchen, and the guests are happy with the dishes. I believe that the recipe for success for a good chef is to love your work, give your 100% to it, and love your team.” 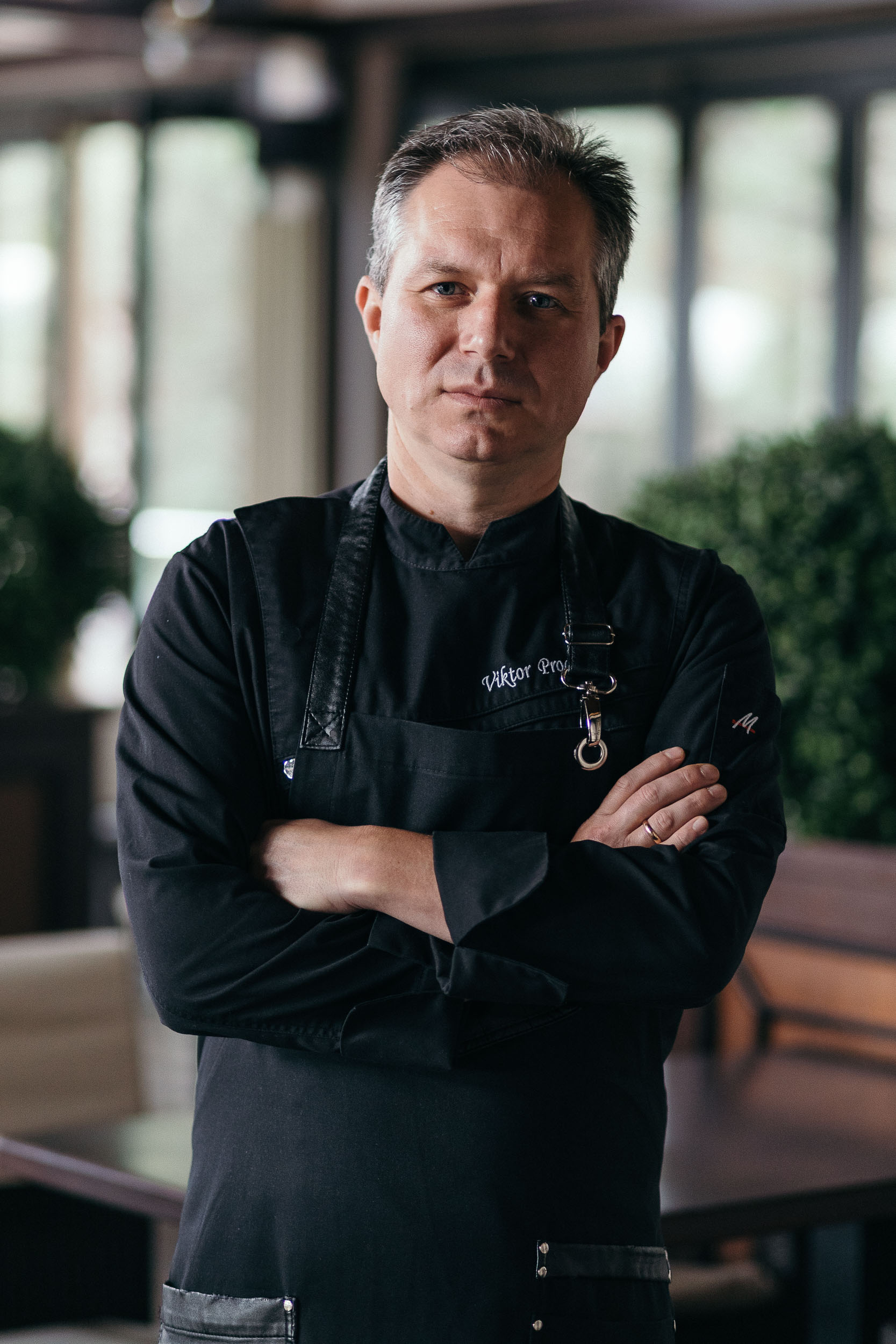 Victor began his career as a cook at the Odessa Higher Professional School of Marine Tourism Services. Then he had years of practice on ships in different parts of the world.

Victor got a professional degree in France and Spain: at the Institut Paul Bocuse, he studied classic French cuisine, and at the Basque Culinary Center — modern Spanish cuisine. By the way, Institut Paul Bocuse is the first French school to receive a Michelin star for its school restaurant. 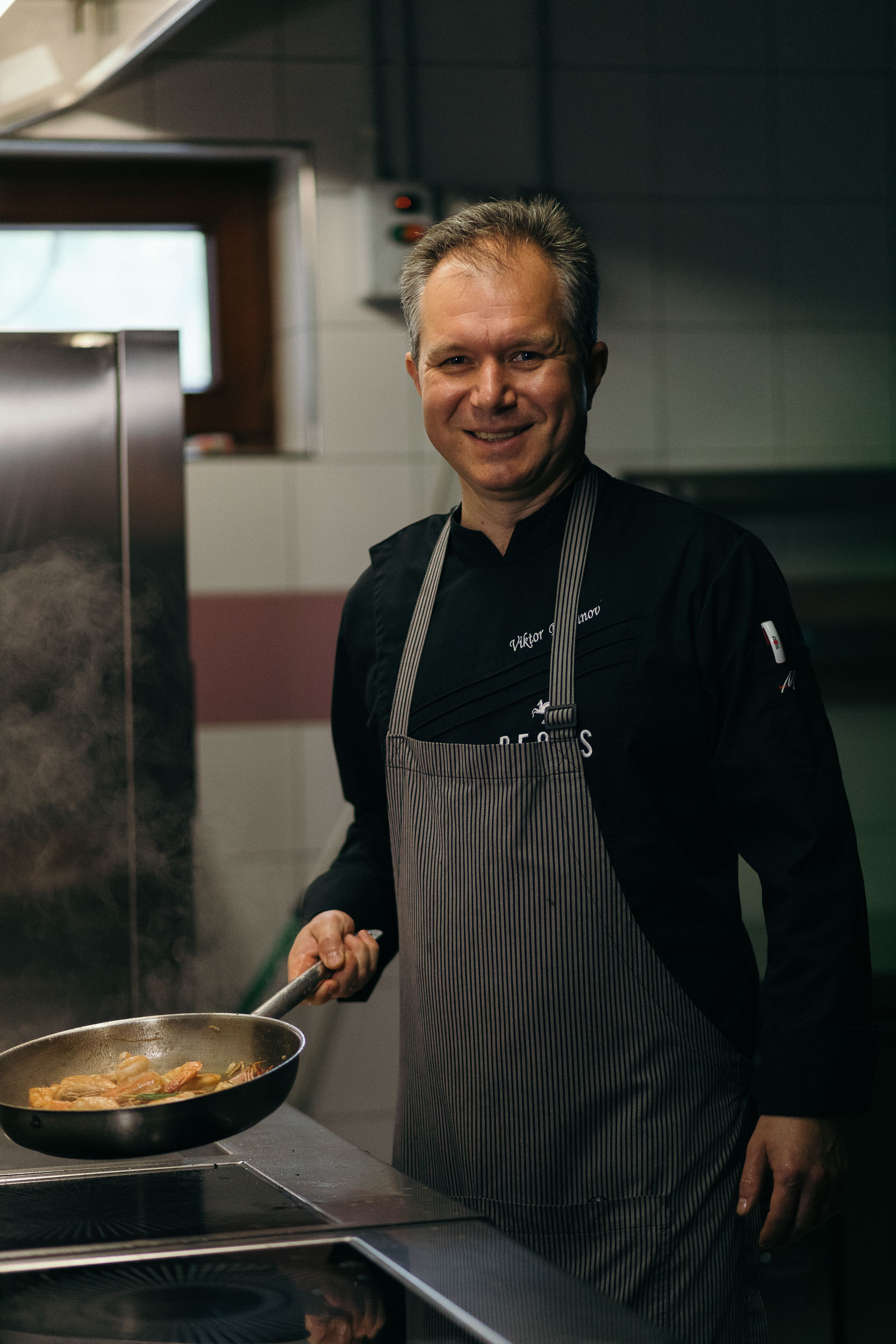 “I put a lot of effort into developing the menu at Pegas Terrace & Restaurant, so each dish contains my signature trait. It is a good, understandable and delicious food that I cook to my taste and modify it following gastronomic trends.”

Work experience is 27 years, including 16 years as a chef

For four years, Victor has been working as a chef at Pegas Terrace & Restaurant

Victor prepared his first dish at the age of seven. It was Kharcho soup

“I know how difficult it is to surprise a sophisticated guest these days, so I do not promise to do it. However, I can assure our guests that all food in our restaurant is truly delicious!” 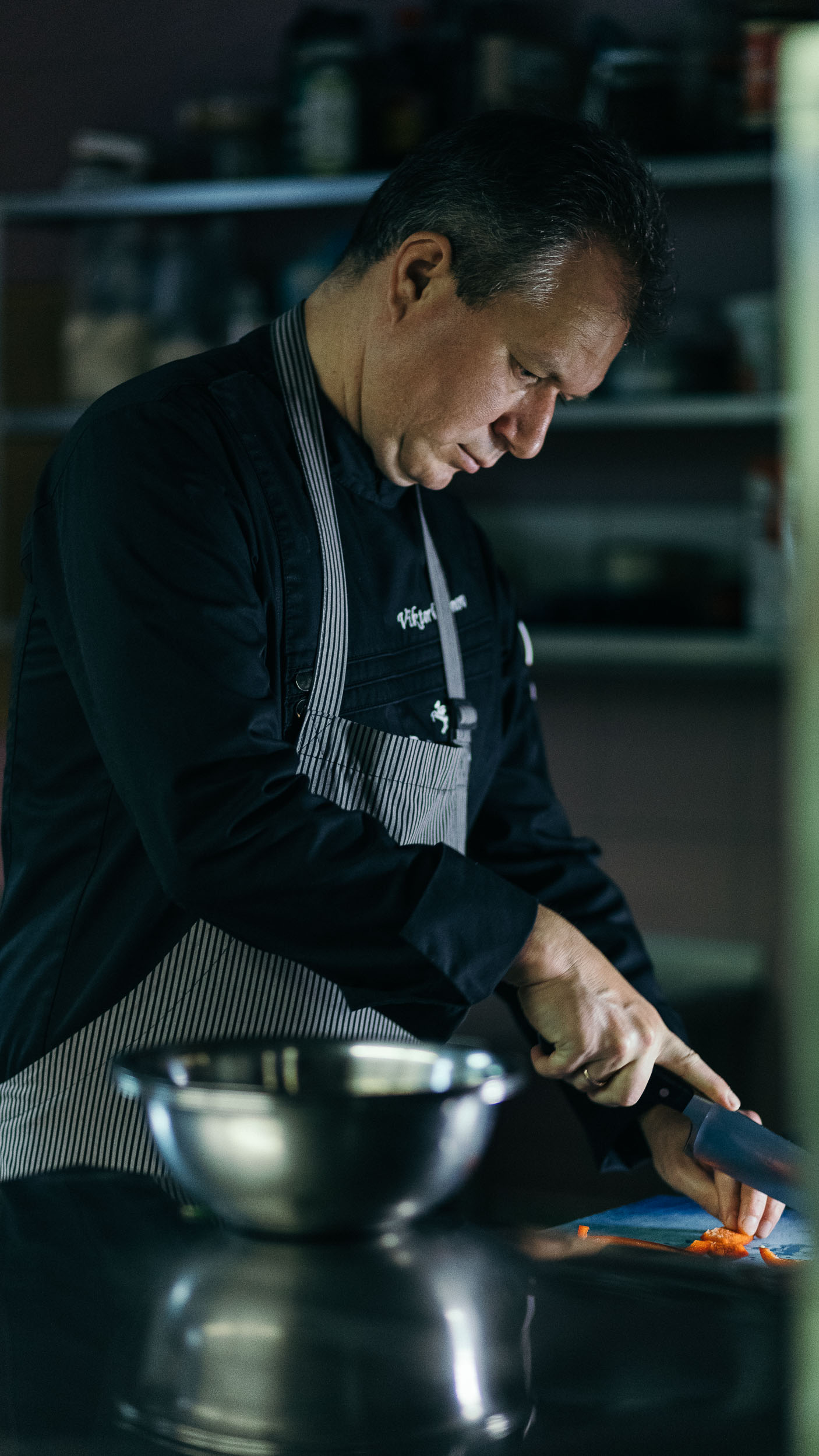